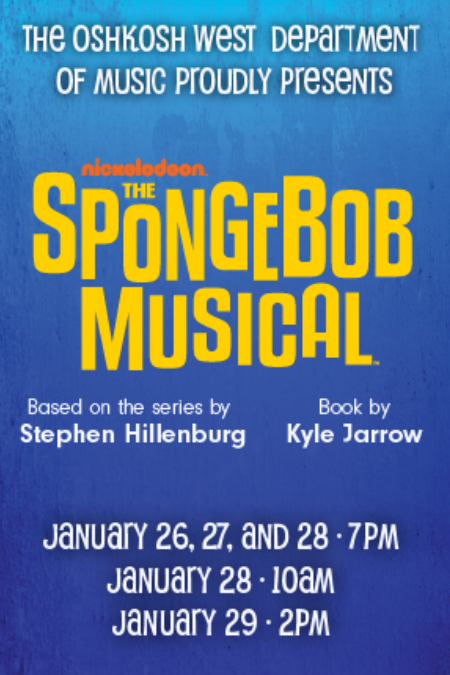 SpongeBob SquarePants is the musical adaptation of Nickelodeon’s long-running animated children’s sitcom of the same name. We find ourselves in the undersea city of Bikini Bottom, inhabited by happy-go-lucky and ever-optimistic yellow sea sponge SpongeBob SquarePants and his equally quirky circle of friends and neighbors. SpongeBob’s pleasant existence is abruptly interrupted when it is discovered that Mt. Humongous, a nearby volcano, will erupt within the next 48 hours and completely obliterate Bikini Bottom. SpongeBob, trying to prove to himself and the world that he is not “just a simple sponge,” resolves to save the day when everybody else has given up all hope.

Though SpongeBob SquarePants is incredibly fun and family-friendly, its timeless story of identity, crisis, and community is also a witty allegory that examines and critiques the politics of the modern era, and it does so in such a way where children will appreciate and understand the plot line, while adults can read between the lines and extract even more from the musical’s message. SpongeBob SquarePants features an eclectic score of music, each song having been written by a different musical artist with the purposes of recreating the type of musical hodgepodge exhibited by the original television series.