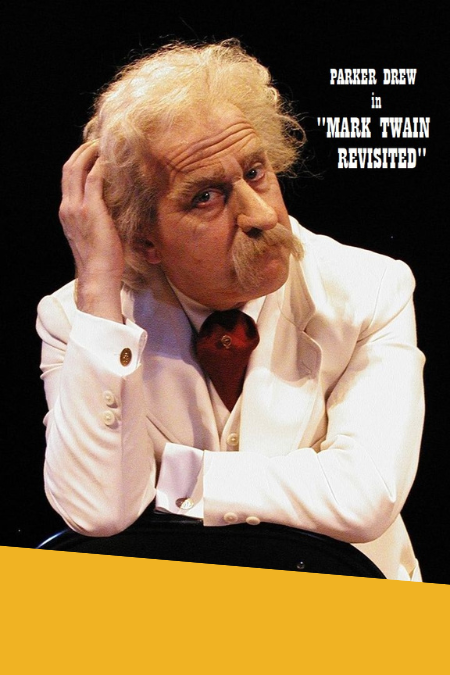 In the 112 years since his death, Mark Twain’s humorous lectures have been recreated by several actors in the United States. Parker Drew’s Mark Twain Revisited has been one of the most successful. Modern day audiences have the unique opportunity to experience Twain’s on-stage character once again, introducing them to the brilliant humor and thought-provoking insights on the human condition as first presented by Mark Twain himself well over a century ago.


Parker Drew was born in New Jersey but raised in Illinois and Green Bay, WI. At the age of fourteen, his improvised retelling of Mark Twain's classic ghost story, The Golden Arm, was awarded top prize in a high school speech competition. Inspired by the advice of an English teacher, Parker expanded the presentation and "Mark Twain Revisited" debuted in May 1970. At the age of fifteen, Parker began performing at high schools throughout Wisconsin and, since 1978 he has logged over 600 performances in 37 states and the U.s. Vigin Islands.


Please Note - a real cigar will be smoked on stage.