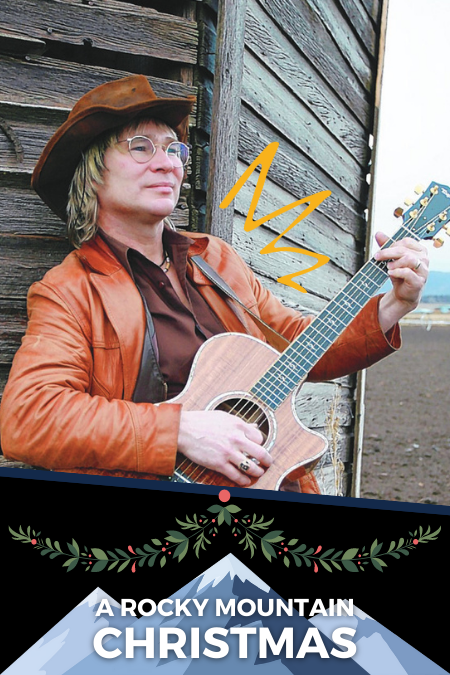 Join us this holiday season for a special addition to Ted Vigil's John Denver tribute as he presents his take on A Rocky Mountain Christmas with Denver favorites like “Christmas for Cowboys”, “Christmas Like a Lullaby”, and Christmas classics like “Jingle Bells” and more.

Ted Vigil is a singer/songwriter who has been performing since the age of 10.

As a John Denver Tribute Artist, he has wowed crowds and sold-out theatres both nationally and internationally, including twice at John Denver’s own “Windstar Foundation” in Aspen, CO and with the late Steve Wiesberg, John Denver’s lead guitar player. Wiesberg is quoted as saying “Apparently, the audience thinks [tribute artists] all look and sound like John. I don’t see it. I see it with Ted.”